He worked as a conductor for the New York Central, Penn Central and Conrail. He also served many years as local chairperson and vice general chairperson.

“George is still in good health, doesn’t take any prescription drugs, works in his vegetable and flower gardens and was, until recently, a regular Lake Michigan fisherman. He used to spend time near Luddington, Mich., fishing every summer. He still gets out and shovels snow in the winter months for exercise.

“George met Cecile Mottu in Frutigen, Switzerland, in 1946 during World War II and they have been married for more than 63 years. They had two children: Alex, a former BNSF engineer in California, and a daughter, Georgiane, of Indianapolis. He has five grandchildren, one of whom was an engineer for the BNSF,” Arnett said. 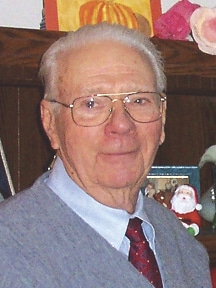