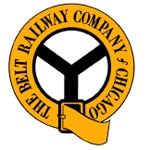 The agreement mirrors that of the Sept. 16, 2011, UTU National Agreement, Lesniewski said.

While GO 065 members had already been governed by the health and welfare provisions of the 2011 National Agreement by virtue of the carrier’s participation in national handling for health and welfare only, the remainder of the agreement had been stalled in mediation over disputes involving crew consist and other local issues.

“With those issues having been successfully set aside in favor of future voluntary and non-binding discussions, the agreement was ratified by an overwhelming majority of nearly 97 percent of voting members,” Lesniewski said.

Lesniewski, who assisted with the negotiations, lauded the efforts of General Chairperson Stelios Paras and Vice General Chairperson Graeme McClure for “staying the course, ultimately securing the same favorable agreement our Class I members enjoy nationally, without any additional strings attached.”