2014 Campaign for Jobs Conference Was the Biggest Yet 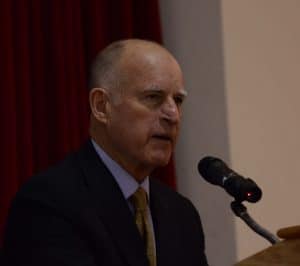 Never before has the Northern California Sheet Metal Workers’ Local Union No. 104 seen such a vast mobilization of members as it did on Saturday, March 1st in Livermore, California. The 2014 Campaign for Jobs Conference hosted over 500 dedicated members who are willing to fight to secure future hours for their Local Union.

The theme of the Conference was Sheet Metal Warriors: Fighting to Build a Sustainable Future because as Local 104 Apprentice Tony Lam put it, “We are not just Sheet Metal Workers, we are SHEET METAL WARRIORS.”  Tony and many others including California Governor Jerry Brown, California State Building Trades President Robbie Hunter, former California Secretary Treasurer Phil Angelides, and Local 104 Business Manager Bruce Word stressed the need for the Campaign for Jobs in the upcoming election year and how crucial it is to actively participate in our communities in order to protect future work and middle class jobs throughout the state.

The 2014 Campaign for Jobs plans on having over 800 members participate in actions ranging from phone banking and precinct walking during the election to attending City Council and planning meetings to let their own communities know that the Sheet Metal Warriors are here to defend Middle Class Jobs!