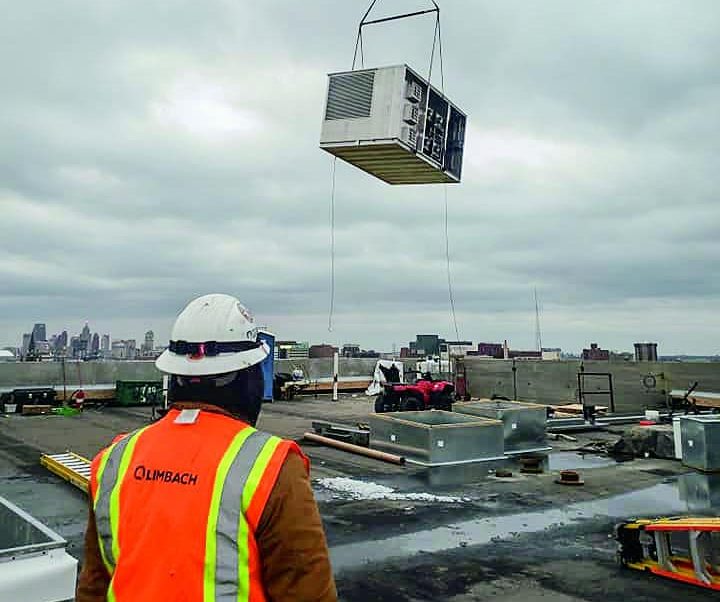 Two years of pro-worker policy have led to a wealth of opportunity for SMART sheet metal workers, now and into the future. Across the country, companies are once again investing in American manufacturing: building and maintaining facilities for electric vehicle batteries, data centers, semiconductor production and more — all of which require the expertise of SMART members.

I just appreciate SMART leadership and the Biden administration doing what needed to be done to get the Bipartisan Infrastructure Law passed, because we really needed this in all of our communities to build back the working class.”

SMART Local 83 members have worked for years on a GlobalFoundries chip plant in Malta, N.Y. Now, thanks to the passage of the CHIPS and Science Act, GlobalFoundries is building an entire new building to expand its existing plant — a development Local 83 Business Manager Frank Maguire said will keep members “very busy for the next five to 10 years.” In addition, Local 83 members will help build the first wind turbine facility in the U.S., located in the Port of Albany.

“We have a very bright outlook for sheet metal workers in the Albany, New York area,” Maguire added.

“This is the most work for our members in 20–25 years, and it’s creating good-paying, union construction jobs,” said SMART Southwest Gulf Coast Regional President Bill Kenyon. “I just appreciate SMART leadership and the Biden administration doing what needed to be done to get the Bipartisan Infrastructure Law passed, because we really needed this in all of our communities to build back the working class.”

The surge in megaprojects extends beyond the United States’ borders. In Canada, a $4.9 billion battery plant in Windsor, Ontario, will require 10 million pounds of galvanized duct to be manufactured in Toronto. That duct will then be installed by SM Local 235 members in Windsor.

“We’re hoping to get all the sheet metal work on the whole project, plus all the roofing,” said Michael Mahon, business manager/financial secretary-treasurer of the Ontario Sheet Metal Workers and Roofers in Windsor. “It’ll employ anywhere from 300–500 sheet metal workers and roofers.”

And in the Kansas City, Mo. area, SMART Local 2 workers will be called to work on two large data centers in the near future: a two-million-square-foot Meta data center and a $4.9 billion Panasonic battery factory in Kansas. That’s in addition to a biomedical facility in Manhattan, Kansas, to be constructed in conjunction with the National Bio and Agro-Defense Facility (NBAF) that Local 2 members have worked on for the last five years. All told, these projects will bring an unprecedented number of jobs to area SMART members.

“We think [the Panasonic project] is going to be one of the largest projects that’s ever been done in Local 2’s jurisdiction,” explained Local 2 Business Manager Greg Chastain.

These megaprojects exemplify the historic progress that SMART has made in the last two years — and we will continue to organize to build our strength as we move into the future.